Recap of the 2013 ACDA National Conference in Dallas: Friday

Friday at ACDA in Dallas

Friday morning for me began with attending the two year college reading session. The session was well-attended and the music was all quite good; once again, another quality reading session.

Next up I attended Debra Spurgeon's interest session which centered on the release of her new book "Conducting Women's Choirs: Strategies for Success" (published by GIA). You can read my review of this book here. Debra was able to gather all but one of her chapter writers for this session. Those attending were Hilary Apfelstadt, Lynne Gackle, Lori Hetzel, Mary Hopper, Iris Levine, Jeannette MacCallum, Janna Montgomery, Joelle Norris, Sandra Peter, Sandra Snow, Phillip Swan, and Shelby Wahl. Nancy Menk was not available as she was on tour with her choir. Debra was kind enough to also acknowledge other contributors to the book who were in attendance such as myself, Joan Szymko, Carol Barnett, and Sharon Paul. 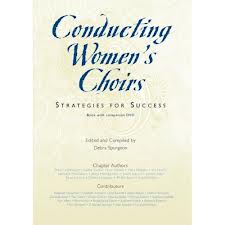 Debra had each chapter author give a thumbnail sketch of their contribution and the session went very well and was highly attended. I especially liked Jeannette McCallum's words about the Venetian ospedali and her negative view toward pieces presented these days for women's choirs made available by composers and publishers which are just poor rewrites of SATB music (this is a pet peeve of mine as well, and I talk about it in the interview Nancy Menk did with me for the book).

After the session ended all the authors and their audience walked over to the GIA booth where they sold and signed the book for those who wanted a copy. I dropped over  an  hour later after and they were still signing books! For those of you who work with women's choirs, you really should buy this wonderful book.

I skipped the 2 PM concert in order to continue doing some off the beaten track activities. I attended a Paul Head/University of Delaware session of "Into the Mind"; these are thirty minute informal sessions with directors performing at the conference (usually with their choir in attendance)  talking about the music they are doing and details of their work. These session also provided some Q and A time as well. Head's session was quite good and the Swiss composer Ivo Antognini was there since Head was doing a piece of his- Ivo proved to be quite a sweet guy. He even stood up and directed the choir for a bit and admitted he had never directed a choir before- it was a cute moment.


I had also earlier attended two other "Into the Mind" sessions. They were Karen Thomas' excellent session with her women's choir Chroma where Karen talked about their repertoire, including the tone-color requirements of singing Bulgarian folk music and Jerry McCoy's session where he shared all sorts of great details and tips on how to successfully record your choir and choose your repertoire in order to gain a slot on a divisional or national conference concert session.  For those in the audience Jerry's tips were great info. The Into the Mind sessions were new for ACDA- I think they are a keeper.

After Head's session I went and watched Ken Fulton work with young collegiate conducting students. The repertoire they were working on were the openings of the Faure and Durufle Requiems. Fulton was great to watch and the main thing he kept stressing to the young conductors was to not rush these openings, especially not to be in such a gosh darn hurry at cadences, and to keep soft dynamic levels under control. Each conductor did a great job and I believe they left with some new ideas from Fulton.

The 4:30 concert session was excellent. Phillip Brunelle's Vocalessence sang an unusual program of music in Spanish, much of it from the New World. Vocalessence sang this program very well. The same was true of the Houston Chamber Choir directed by Robert Simpson They sang a quite difficult program with great skill and a very broad dynamic range. The focus of their program was Dominic DiOrio's kaleidoscopic "A Dome of Many-Coloured Glass" for SATB and marimba. Those of you looking for a fine choral piece with percussion by a rising young composer should definitely look at this piece (published by G. Schirmer catalog #HL 50498607.


The absolute highlight to me of this conference (other than the War Requiem) was the performance on this session by the Pacific Lutheran University Choir of the West directed by Richard Nance. Here is their program:

Galante's Exultate was full of prismatic color and energy. This is a very exciting new piece in manuscript by Brian and I would love to hear it again. The choir sang this excellent concert opener with energy and precision. The Weelkes was a perfect contrast, sombre yet still full of wonderful richness. The chansons by Poulenc are filled with potential tuning landmine issues, yet this choir never faltered as they traversed passages which have tripped up many a good choir. The French diction was perfect. Northern Lights was a premiere with the composer in presence all the way over from Europe. This was an amazing piece and utilized tuned water glasses and hand chimes. The texts were creatively assembled (I am sorry I cannot give accurate details of them as I seem to be missing my concert program) and the piece displayed a creative, individual voice, something we all are hoping to hear from composers. Esenvalds has used choir and handbells for concert music before to great effect- I would just hope that he does this only occasionally and not overuse the idea.

The concert ended with a delightful tune by Argento in the style of an Alice Parker spiritual. As this amazingly varied program ended the audience erupted into wild applause- the conducting was masterful yet never got in the way of the choir or the scores, and the singing was perfection in every detail. Dynamics ranged from a hush to a roar, diction was perfect, tone quality changed from piece to piece, and phrasing was always natural and fluid. I think everyone in the audience knew they had just heard a performance of a lifetime by Nance and the choir. I saw Richard later that night and he indeed called it the highlight of his career!

COMING UP: FRIDAY EVENING CONCERT AND THE NCCO RECEPTION

Dear readers: please consider leaving a comment and/or subscribing to my blog