The brilliant, one of a kind Spanish pianist Alicia de Larrocha passed away a few days ago. She was always one of my favorite artists- an amazing interpreter of Spanish music and Mozart as well. Her recordings of Granados and other Iberian composers will always be the yardstick by which other pianists are measured when they perform that repertoire.

I especially loved how she could, when the music required it, make the piano sound like the percussion instrument it is, yet in an instant change to the most gorgeous, warm tone imaginable. Her uniquely personal mastery of color, finely shaded internal voices and sophisticated, nuanced phrasing was something to marvel over.

I was fortunate to hear her live twice, once in the early 1990's and then again, at one of her last performances (at the Chicago Ravinia Festival, not sure what year, early 2000's I believe).

The first performance was memorable in a couple ways. What was endearing to me was the following; she started the program with a simple Sor sonata- a warm-up piece and really something most any advanced fourteen year could play. At the end of the exposition, there was a little “stinger” tonic tone in the left hand. Ms. de Larrocha missed the note, landing in the cracks and immediately made a nasty face to herself (weren't we all taught not to do that in public?!). This certainly didn't bother me- I was there to hear her interpret the Granados Goyescas, and who cares about a little flub? So I grinned a bit about the flub and her sour face, and then when she repeated the exposition she missed the note again,and made an even more sour face! I just thought it showed what a perfectionist a concert pianist of this caliber is and how much pressure there is from without and within. The flubs and the faces actually endeared her to me- she obviously was not a robot, but instead, a deeply spiritual and talented human being. (this actually reminded me just now of an appearance by Garrick Olsen on Johnny Carson's Tonight Show back when classical musicians still were welcome in mainstream media- he was playing the Debussy Feux d'artifice [Fireworks] and missed the fff low A, hitting the cheekblock of the piano next to the low A with full force -ouch!).

The rest of de Larrocha's recital was a revelation. I had been bashing horridly through the Goyescas at home for awhile and discovering that all its layering of voices is truly difficult to pull off. I wanted to hear it played by its master, so I brought my score with (yes, nerdy) and followed along as she played. It was just amazing to hear her float across the piano and make all of these intertwining lines make sense horizontally and still maintain an amazing vertical sound, wow! In my opinion, this is one of the hardest things to do as a pianist, maintain an artistically convincing balance of the horizontal and the vertical without one or the other being favored to the detriment of the score.

One of the section of Goyescas I was especially looking forward to hearing her play that day was the section usually translated as “The Lady and the Nightingale”. This is a gorgeous lyrical movement in three parts; first some introductory melancholy tonal wanderings of the lady, followed by the main section, a fully developed and richly harmonized melody which Puccini would have paid money to attach his name to, followed by the final page where the nightingale sings. This page of birdsong is so intensely beautiful that if it doesn't touch you, it would prove you have no soul. So as she played this page I just melted and certainly wasn't following the score anymore- just soaking up the moment of pure magic from composer and interpreter!

The Ravinia performance a few years later was a bit different. She had definitely lost some of her powers technically, but that was, of course ,of no importance to the audience. What we all wanted was one last chance to hear her artistry. The other thing that happened at this performance was some stupid stupid person's cellphone rang twice during the same piece of music- Lord. After Ms. de Larrocha finished the piece she retreated backstage at which point Ravinia management came out and handcuffed and led away the transgressor (nah, kidding- but they did come out and sternly told the audience to turn off their damn phones!).

So Alicia, you will be missed greatly by music lovers the world over. Thank you so much for all your amazing performances and recordings.

Trivia item #1: Enrique Granados passed away in the icy waters of the Atlantic- he was sailing in a ferry that was torpedoed by the German navy. He was only 48 years old. Think what amazing music he might have written had he lived longer- he was certainly expanding 19th-early 2th century tonality in his own Spanish way.

Trivia item #2: Spellcheck does not like the word “Goyescas” and would prefer the word “escargot” be used in its place- huh? I have decided to not allow spellcheck to have its way.
Posted by Paul Carey at 1:28 PM 1 comment: 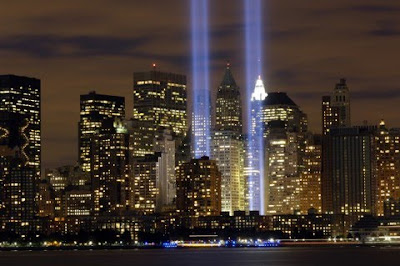 The Leaves are Falling (adaptation of Rilke's Herbst)


The leaves are falling, falling as if from afar;
Wither'd they fall from distant gardens of the sky.
And through this deep night,
The earth falls away from the stars into solitude.
Yet the leaves, the earth, our souls, are gather'd, gather'd gently.
Posted by Paul Carey at 10:25 AM No comments: