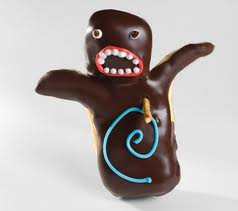 I have been away from my blogging for awhile- sorry about that. Some of this time was for composing (yes, that is my main focus!) and also for an extended trip with Sherri and Aidan out to visit composer friend Reg Unterseher, his wife Sheila, and my other new musical friends Justin Raffa and Molly Holleran in Tri-Cities WA (that's WA state) for some fun and Columbia Valley wine-tasting, then up the gorge to Portland for a few days (mmm, Voodoo donuts, Japanese and Chinese Gardens, Deschutes Brewery, Powell Books), and then up to rainy Seattle (wow, Pike Place Market and the Seattle Aquarium are great). But now back to blogging.

Some little things (items A and B) and then some cool announcementy stuff (Item C).

I'm off tomorrow to Ch-Ch-Chattanooga to present a session at Tennessee MEA. Should be fun and hope to get to know some TN people better. They have already contracted me to conduct their honor choir and be their commissioned composer for 2015-pretty exciting. I've never been to Chattanooga so I have no idea what it is like- maybe I should research the town for a few minutes- or, anyone out there, hollerup what there is to do there beside being a music conference nerd.

Wow, I have no idea why, but I've been having those ridiculous school dreams that, for me, mostly stopped years ago. You know the dream- you haven't been to class in forever and now all of a sudden you have to pass a final test or write a term paper in one night. THOSE stupid dreams! At least mine progressed from being about HS to being about college over the years- and they did gradually disappear as I became older. But here is what happened recently- three of them clumped together in the space of about ten days!

Dream #1- I dreamt that I had been MIA from my college composition studies for a long time and all of sudden decided to get back to it. I actually felt good about this in the dream, yet people were a bit mad that I had disappeared. One professor yelled at me that I better go find my main prof and get to work. I seemed to have been away 2-3 years and the dream told me nothing about what I had been doing for that time (maybe working at Voodoo Donuts?). 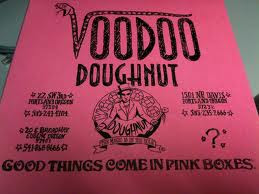 Dream #2 - in this dream I found out I was to play a piano concerto in a few hours with a famous conductor. It was a difficult piece I knew from years ago (maybe one of the Bartok concerti?) but hadn't played in years! For some odd reason, instead of practicing the piece in the few hours I had left before the downbeat- I was mostly paralyzed worrying about it. Thankfully the dream ended before I had to go onstage.

Dream #3 - similar to #2- but in this case I was to be the baritone soloist (who, me? that's funny right there) in a large piece, something like the Brahms' Requiem I suppose, and I had never sung it or looked at the score. Again I wasted the few hours before tipofff worrying instead of practicing. I didn't even want to try to warm up and figured that somehow I would sightread the whole damn thing. An alarm clock woke me up before this disaster transpired in dream land.

Weird stuff- but I guess the good thing is I had pants on in all three dreams- that's a plus, right?

Hey y'all- if you want to share an annoying dream that only we dumb musicians have, please write in. First person to share gets a free pack of Hostess Twinkies- the delicious and healthy snack treat invented right here in Oak Park, IL

Okay now to get serious- I am very happy to announce two new commissions for next season (and please note that I still have room on my plate for a few more commissions large or small): I have been chosen as one of three composers to write a new piece for the ACDA Women's Choir Commissioning Consortium. Iris Levine emailed me a little while ago and told me this. I was very pleased as I have followed the history of this fairly new project and was hoping that my name might be on their radar sooner or later, since I do write so much women's choir music. The list of choirs is impressive, mostly great college ensembles, but also some forward-looking adult choirs and a few very ambitious HS programs- a total of 31 choirs (most of the directors I know). This is an awesome project for a composer- since instead of the usual commission being for one choir and then you never know when that second performance might happen, the composers involved now get many performances right away from some really great groups. I am looking forward to working with some of them and/or perhaps attending some of the concerts if I can. I have already chosen a text, Ariel's song "Full Fathom Five" from The Tempest and Iris has approved the text. I also have started sketching the piece and am pretty pumped with what I have so far. I had originally been looking for a modern text like I usually use, but I had been studying some SATB settings of this text for a totally different project and began to like the text more and more. And it being in the public domain makes my life quite a bit easier as a composer. Anyway, I am thrilled to be chosen for this project and hope that my final product will be liked by most (all?) of the choirs in the consortium. Iris and I also discussed (as well as email help from Deb Spurgeon, Iris' predecessor as head of the project) how to succesfully write for these various groups. My take on it was that the collegiate groups want at least some amount of challenge, so I am giving them that challenge at times while making sure that the less advanced choirs can still handle the issues- I'm pretty good at providing "help" for tough things with various compositional tools. It doesn't hurt to have conducting experience, especially with a women's choir for five yeas, plus having attended countless concerts and interest sessions- there are plenty of ways to compositionally finesse and help choirs with what at first looks difficult.

I was also asked to be the commissioned composer for the 34th Annual Ithaca College Choral Festival in November run by Larry Doebler. This is a big event with the Ithaca College Choir and high quality area high schools participating for 2-3 days. Part of this event is also a composition competition for young composers which I believe has yielded a number of quality pieces over the years. My piece will be sung by the college choir as part of the final concert presentations where the winners of the composition contest are chosen by a panel that include Larry, Janet Galvan, and at least one other judge. I'm a bit humbled by this one- the commissioned composers over 33 years are a bit of a who's who- Norman Dello Joio, Vincent Persichetti, Daniel Pinkham, Dan Locklair, Chen Yi, Lowell Lieberman, Rene Clausen, Steven Stucky and more. I guess I better write something killer!

So that's my blog today- a weird mashup of Chattanoogas (isn't that the sound that 0ld-timey car horns make?), strange dreams, and great opportunities to write music for wonderful people!